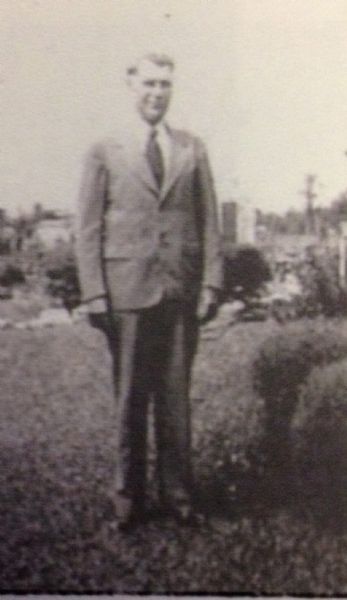 The congregation known as Cedar Grove Church of Christ was established around 1916 as a result of the evangelism of Brother William T."Tip" Grider and local leadership of Burrell Jackson Stokes. A specific motivation for the effort came from a plea made by Mrs. Missouri Lynam, a lady with disabilities, residing in the home of B.J. and Cornelia Stokes. Since it was inconvenient for her to travel to the meetings of the congregation in Andalusia, she asked Mr. Stokes to consider the possibility of their holding services in his home, located in the Adellum community on "Chalk Hill." She explained how she could prepare the Lord's Supper, and he could teach a Bible class and conduct the worship service. They agreed on this plan, and a new congregation of the Lord's people was born.

Very soon afterwards, a series of gospel meetings was held at the nearby Farmers' Schoolhouse on Brewton Road. During these services, a number of members from the Rabren and Stokes families was converted and became the earliest members of the new congregation. The small group began having regular worship services at the nearby Adellum Schoolhouse on Brooklyn Road. (This building stood where the current home of Charles Thomasson is located.) The earliest church leaders who were appointed as elders or overseers over several years included Burrell Jackson Stokes, Sammy Huggins, Monroe Rabren, and Lamar Stokes. The first church building was completed in 1919 on a lot purchased from George F. Rabren on March 22 of that year. Located in a grove of cedar trees, the small facility was immediately known as Cedar Grove Church of Christ. It was constructed out of building materials hauled by mules and wagon from the Horseshoe Lumber Company in River Falls. The style was the popular board and batten with a tin roof. The first meeting-house was used until 1938 at which time it was completely renovated. A larger auditorium was created with sizable wings on each side. These could be easily transformed into classrooms by pulling long curtains. During these years, the classes for the young children were held outside under tall trees and in a church bus. This practice continued until the late 1940s.

In 1930, Brother Grider assisted the young church in uring the services of its first full-time minister. Brother Floyd Heaton, a young man and recent graduate of Dasher Bible School in Valdosta, Georgia, worked with the congregation for two years. During his tenure, the membership grew, and by 1935, there were 78 in fellowship. The most common family names were Garrett, Fuqua, Huggins, Rabren, Stokes, and Thomasson. 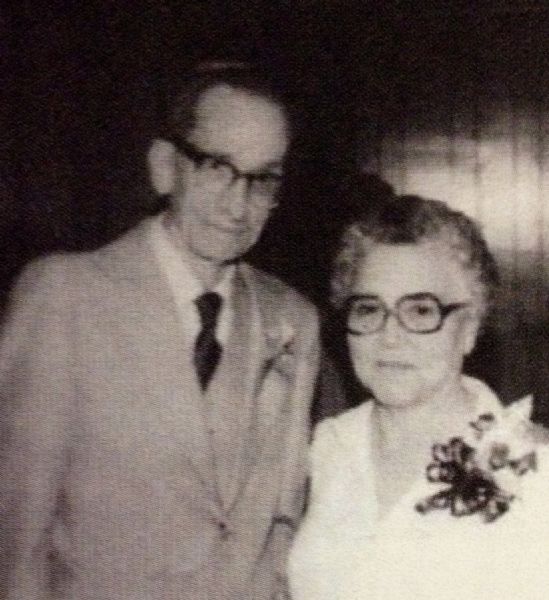 The Registers, Herman and Bert, were honored at Cedar Grove Church upon their golden wedding anniversary, January 15, 1984.

In December of 1947, Brother Herman Register moved from Phenix City to become the ond full-time minister. Before this date, regular Bible classes and worship were held even when there was no preacher available. Occasional speakers included area evangelists and Bible students from Alabama Christian College. With Brother Register's dedication in personal evangelism, radio programs, tent meetings, and sound preaching, the congregation experienced a period of substantial growth. The evangelism and caring nature of the church increased the membership to 125 by 1955. Brother Register's mission efforts led to the establishment of three new congregations in the county: Clear Creek, Rose Hill, and Shady Grove. (At the present, Rose Hill Church meets occasionally, and the Shady Grove Church is active with an attendance of about 40.)

In 1951, an effort was launched to build a new minister's home. A lot was ured less than a mile east of the church from Charlie E. Thomasson, and the members dedicated themselves to building and paying for the house. The result, a fine modern home, would in later years become the current home of Esker Thomasson. Of course, it has been renovated a couple of times since the Thomassons acquired it. Before the new house, the Registers lived
in the Sid Smith house, located at the site of the current Maurice Rabren residence.

At a reunion in 1953 the Huggins Family gathered in front of the former church building. Ministers Herman Register and Fitzhugh Ellington are third and sixth from the left.

In 1954, a new project was proposed to acquire new pews to replace the worn, slattedstyled benches. The families who were able pledged $65 to pay for a pew. A widow, Sister Ella Boyette, who was short in stature, requested and ordered a lower-seated pew to accommodate her and other ladies' short legs. (This pew has been retained, and is currently used in an adult classroom.) The above projects helped to motivate the members and encouraged greater spiritual growth before Brother Register moved to Rose Hill in 1955 to serve the Rose Hill and Dozier congregations. In 1955, Brother Albert Fleetwood came to Cedar Grove from Pensacola. His exceptional preaching and teaching continued to strengthen the church and attract new members. A new elder, Clyde Harrison, was appointed, and the membership grew to 135 by April 1956. The first church bulletin and a membership directory were published during that year. A small two-room building was constructed to temporarily serve as classrooms for the younger children. (When the building was no longer needed, it was purchased by J.A. Moore and moved to his residence on Brooklyn Road.) Brother Fleetwood and the elders began to lay plans for a modern brick building that would accommodate the growing church. About that time, Brother Fleetwood elected to move to Enterprise to serve the church there. During that year of 1957, Brother George Manning came to Cedar Grove as its fourth fulltime preacher. During his ministry, the church building was erected, and the first service was conducted in it on the first Sunday in March 1960. The facilities included the following: 11 classrooms, an auditorium, baptistery, restrooms, nursery, and office. This provided for much more comfortable congregational assemblies and more effective groupings for Bible classes for all ages. The popular summer gospel meetings, singing schools and Bible schools contributed greatly to the church's progress. In 1959, John D. Stokes, who had served as church treasurer since the mid-1930s, was appointed to serve as an elder. 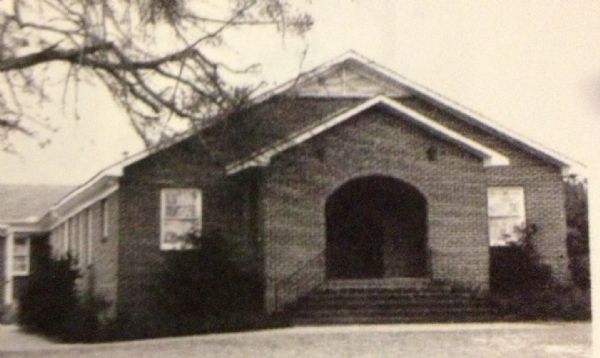 Building was completed in 1960 with the first worship service being held on the first Sunday in March of that year. 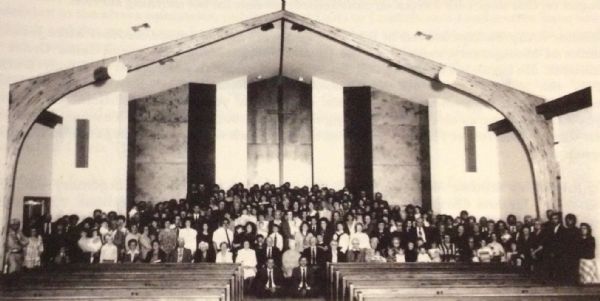 The first worship service in the new building was held on Sunday, March 20, 1988, with this record attendance of 296.
Brother Ricky Phillips moved in July 1996 to a work in Tennessee. Brother Mike Jones, a native of Montgomery, came from the Grant, Alabama, church to serve Cedar Grove as minister. He began his tenure in October 1996, and the work progressed positively. During 1999, the church hired its first associate minister, Mike Ray, with particular responsibilities in personal evangelism. Later that year, three additional men were appointed to serve as elders: Farris Huggins, Louie Stough and Curtis Thomasson. After a year of service, Brother Ray moved to Fairhope to work with that congregation in a similar capacity. In July 2002, Brother Mike Jones left the work and moved to Montgomery where he teaches at Alabama Christian Academy and preaches at area congregations. At that time Brother David Paher, a native of Kentucky, was hired to serve as minister at Cedar Grove.
Brother Paher and his wife came from a congregation in Bedford, Virginia. He earned his preacher training at the East Tennessee School of Preaching in Knoxville, Tennessee. He was a young man at 25 years of age when he arrived in October 2002. Currently the congregation is conducting a number of active ministries: evangelism, missions,  benevolence, education, fellowship/care groups, seniors, youth, and facilities and maintenance. With an attendance of about 180 for Sunday morning worship. During the summer of 2004, Steven Foster, a sophomore Bible major at Faulkner University, was hired as a youth minister intern. Cedar Grove continues to be a strong, rural congregation, which has been acclaimed by many as one of the soundest congregations of the church of Christ in South Alabama.
In early 2011, brother Paher left the work and moved to Michigan to work with a congregation there.  In May of 2011 brother Eddie Boggess came from La Fayette, GA, to work with Cedar Grove.  Brother Boggess was educated at Freed-Hardeman University, receiving a BA in Bible and an MA in New Testament studies.

Gary Davenport, and his wife Terry Jean, became our minister in February, 2020. He has been in ministry for over 40+ years, has ministered in Tennessee, Ohio, Florida, California, Texas, and Oklahoma. Gary has preached at once in 24 states.

They also spent two and a half years in China, two years teaching oral English in Jinghou, Hubei and eight months in Beijing, where Gary was the minister at the Beijing church of Christ while Terry attended a language school learning Mandarin. (see www.garydavenport.org for more details).