Some of the singings scheduled for the remainder of the 2020 Schedule have been CANCELLED. More >> 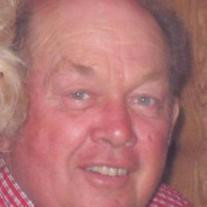 Funeral services for Ronnie Keith Herren, 71, of Silver Point will be held Monday, May 30 at 3 p.m. at Herrens Chapel Church of Christ with interment in G.V. Herren Family Cemetery. Bro. Todd Elliott and Bro. Charles Burgess will officiate.  Mr. Herren passed away Thursday, May 26, 2011 at his home.  He was born April 9, 1940 in Putnam County, TN to the late Howard and Lennie Carr Herren.  Mr. Herren was a member of Herrens Chapel Church of Christ where he served as deacon for over 30 years and as song leader. He served as Putnam County Road Supervisor from 1982 to 1990. He was owner/operator of Ronnie Herren Construction Company.  He enjoyed working with kids in the Baxter Little League and Jr. Pro Basketball and Football Programs.  In addition to his parents, he was preceded in death by a brother, Ezra "Bud" Herren and a sister, Carolyn Sue Herren.  Mr. Herren is survived by his wife of 50 years, Jimmie Mathis Herren (whom he married August 31, 1960), two sons, Tommy Herren and Tony Herren all of Silver Point; two daughters and a sons-in-law, Tammy and Ernie Julian of Baxter; Tonya and Joey Wade, three sisters and brothers-in-law, Jan and Bob Burton, Judy and Bill Harris all of Silver Point; Mary Nell and Loyd Shores of Baxter, six grandchildren, Amber, Hailey & Hunter Herren, Ethan Julian, Hope and Olivia Wade, sister-in-law, Geraldine Herren of Silver Point; and several nieces and nephews.  Mr. Herren's family will receive friends Saturday 5 p.m. to 8 p.m., Sunday 12 noon to 8 p.m. at the Baxter Chapel of Hooper-Huddleston Funeral Home and Monday 11 a.m. until service time at the church.  Family and friends will serve as pallbearers. Honorary pallbearers will be his grandchildren.